Philip Deidesheimer – Father of the Square Set — by Johnny Gunn

Philip Deidesheimer – Father of the Square Set — by Johnny Gunn 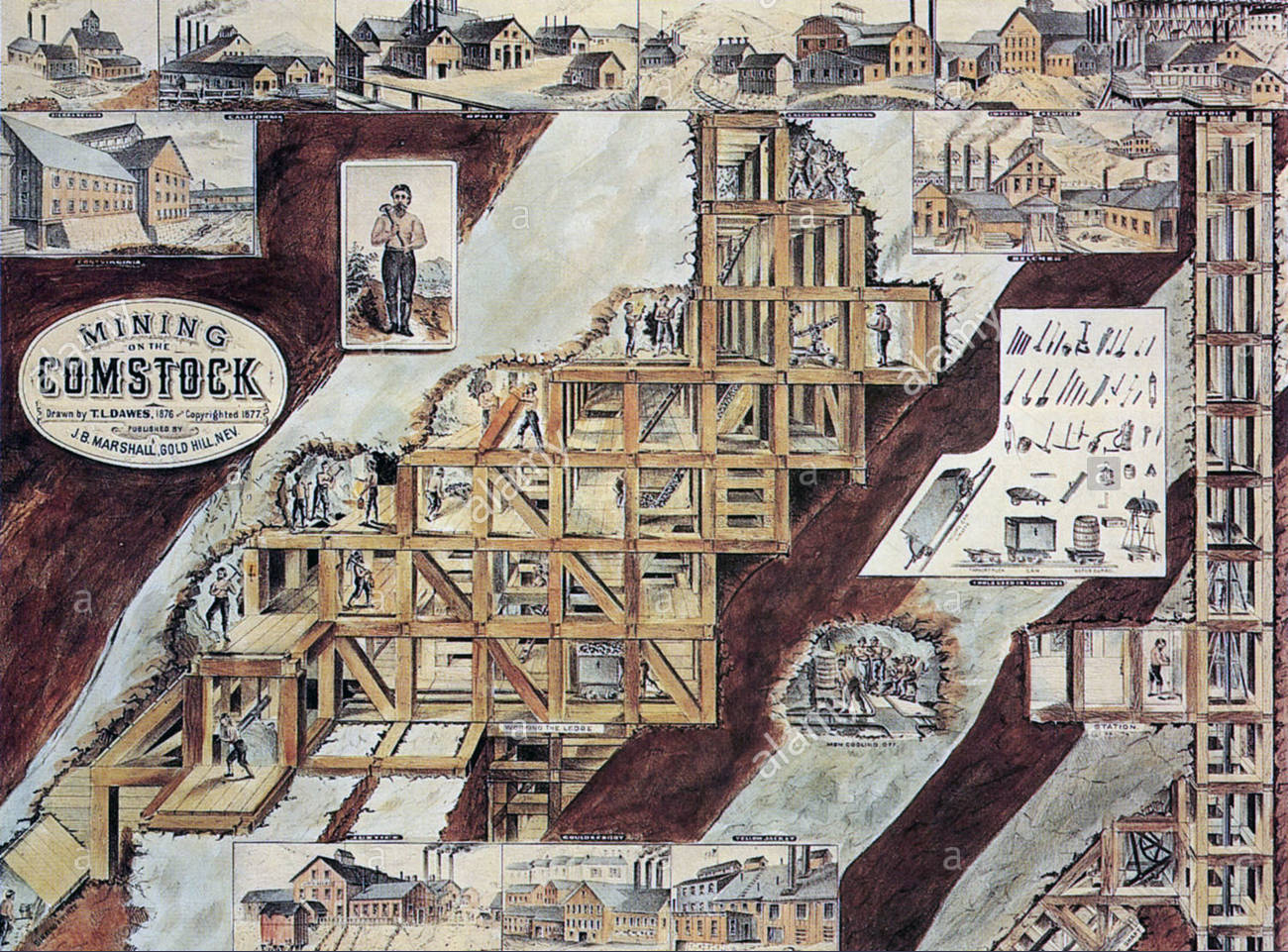 As an organization dedicated to the preservation of mining history in the west, we couldn’t be in a better place. The history of Virginia City and the Comstock Lode could 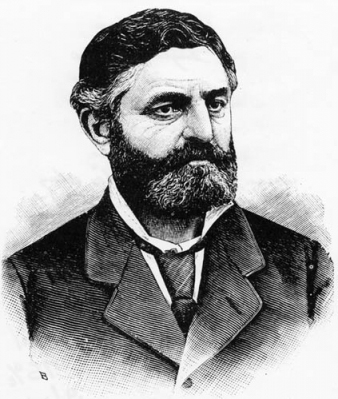 keep an historian busy writing for ten years or more. Mining engineers around the world are taught techniques that were developed here because of the complexity of the ore, the size of the lode itself, and the geology of the Virginia Range.

When underground mining got underway back in 1859 the first thing the original miners discovered was how very loose the rock seemed and how very large the ore body was. The Ophir Mine was the first deep mine, the richest at the time, and the most dangerous. To take ore from underground and bring it to the surface leaves great caverns in the mountain called stopes, and technique of the time was to leave pillars of ore to hold the mountain open.
The Comstock Lode is broad and extensive, and the stopes with their supporting pillars became extremely dangerous with cave in after cave in, and the mine owners and miners knew something had to change. That ore was rich indeed, to the tune of thousands of dollars per ton in many cases. The owners of the Ophir learned of a German mining engineer who was preaching a new way.

Philip Deidesheimer was born in Darmstadt in 1832 and graduated from the Freiberg University of Mining, emigrated to California during the gold rush, arriving in Georgetown in 1852. The Ophir Mine brought him to Virginia City in 1860 to find a means of keeping these vast ore bodies available. One very nasty cave in took place at the Mexican Mine just north of the Ophir works. The remains of the wreck can be seen easily even today. On a south facing mountain side at the north end of town there is a great depression following the massive cave in that can be seen as you drive out of town.

Besides the loose ground predominant in the mines, there were great seams of clay that were under tremendous pressure. When the miners punched into one of the seams, the drift or shaft would close off within a matter of hours as the clay filled all open areas. It was a constant battle to keep those mines open and productive.
Deidesheimer is credited with creating what’s called square set timbering, which allowed the mines to fully develop the stopes. Large timbers, some as thick as twelve by twelve, most were ten by tens, were fitted into cubes and as the miners progressed, they would build another cube, eventually a stope would look more like a bee hive than a mine.

A few years ago, when I was working for Greg Hess, we opened a mine here on the Lode that had been closed since about 1900 or so, and got down into the lower levels. At about the 800 foot level we worked our way into a vast stope with the square sets still solidly in place. Since the mine had been sealed, the timber was just as good as the day it was brought underground. It was a hell of an experience.

Often the men would carve their initials on the timber with dates, and that was exciting to find. Deidesheimer could have made millions of dollars with his invention but refused to patent the idea, which allowed all the mines to begin using square sets in their operations. Like so many things that were discovered during the boom days of the Comstock, the use of square set timbering is of utmost importance in mining operations around the world today.

There has been speculation from many that Philip Deidesheimer got his ideas for square set timbering from honeycombs since that is what they most look like, but another speculation comes from the German salt mines which also had problems with cave ins. There was extensive timbering in the salt mines of the 1800s and that area is where Deidesheimer got his engineering degree.

Many believe he took the concept used in the salt mines and made adjustments so that the timbering would hold the tremendous weight and pressure of the Virginia Range rock. Deidesheimer was made superintendent of the Ophir Mine and worked for many years there. He moved on when the lode began to play out, ending his career in a California operation. He never made any extra money from his discovery that allowed these mines to prosper to the tune of hundreds of millions of dollars.
Philip Deidesheimer died in San Francisco on July 21st, 1916.

Among the many sources for this brief discussion are these web sites, a long association with the history of Virginia City, and personal knowledge gained from working with Greg Hess, working underground at the New Savage Mine, and sources at the Mackay School of Mines, UNR.
https://en.wikipedia.org/wiki/Philip_Deidesheimer
http://www.jmaw.org/deidesheimer-jewish-nevada/
http://nevadatrivia.com/nevada-history/philip-deidesheimer/
http://sweetheartsofthewest.blogspot.com/2016/08/philip-deidesheimer-miners-worst-fear.html
https://www.mininghalloffame.org/inductee/deidesheimer