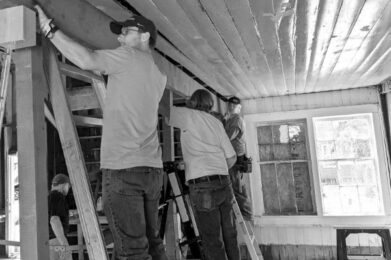 Carson City Historical Society (CCHS) is proud to host a lecture/presentation on “The Sutro Tunnel and Its Restoration,” on Thursday, January 20, 2022, at 7:30 p.m. via Zoom. The guest speaker is Chris Pattison, Project Manager of the Friends of Sutro Tunnel.

A dedicated visionary, Adolph Sutro came to Virginia City in the Utah Territory when he was 30 in the hopes of finding success. When he left, 20 years later, he had completed the tunnel that he had set out to build. He fought the big banks and won, he became the hero of working miners, built a town, brought attention from the entire world that benefited Nevada, and was a contributor to Nevada becoming a state. He was then and is still known as the king of the Comstock. His story is that of the Jewish experience in Nevada, one that teaches everyone that you can be a success even without a college education.  He believed that through hard work you could become anything that you want.  His motto was Labor Omnia Vincit; Labor Conquers All.

Established by Adolph Sutro, the Sutro Tunnel Company represents a story of both perseverance and passion. Construction on the Sutro Tunnel in what is now Dayton, NV, commenced on October 19, 1869, and became one of the greatest engineering achievements in history with the creation of a 3.8-mile-long tunnel, with four air shafts, hand dug by men using only ore carts pulled by mules.

Chris Pattison, a member of the CCHS Board, is the project manager of Friends of Sutro Tunnel, an organization that is working on restoring the Sutro Tunnel Site and the Sutro Tunnel itself for the benefit of all people. Once completed this location will bring revenue to the area as a focus for tourism and be an educational experience for students and adults. The goal of the project is to restore the site as historically accurate as possible to the prime-era and make the site safe for visitors. The project website is TheSutroTunnel.org.