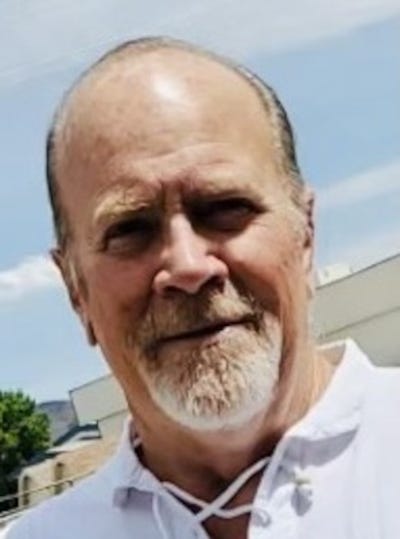 Marc was born in Reno on May 5th, 1949, to Roseann D’Amico Bebout and later adopted by Henry Bebout. He graduated from Sparks High and attended Tahoe College. He later went on to have a long and successful construction career and was the owner of Bebout Construction.

Marc was a devoted father and grandfather and enjoyed riding his Harley Davidson, watching and attending Nascar, watching his grandsons football games, traveling to Costa Rica and taking his granddaughter to and from school. He was a member of the Virginia City chapter of E Clampus Vitus. His heart was as big as him and was welcoming to anyone in need. His smile and laughter will be greatly missed by family and friends.

Marc Bebout, who served as the Noble Grand Humbug of Julia C Bulette Chapter in 2002, has recently gone to the Silver Hills. He was known as the “King of Fun” and was responsible for the Pony Express Route monument in Mound House, NV, not far from the Moonlite Bunny Ranch. Marc brought the legendary bordello manager Dennis Hof into our chapter. XNGH Jeff Johnson offers this remembrance:

I was Royal Platrix. I was at Chavez all day with Walt cooking. Then Bebout rolled over the bridge with Dennis Hof and a limo full of whores. Red shirts were flying. Zewadski lost his shit. Dennis walked up to join the HOCO as clean as a button. Li’l Al smudged him with goo from some fellow PBC. Bebout was aghast but Hof handled it great. He looked overdressed for a HOCO any way. The Gold Dust gambled every dime, we never saw him again. The musician quit, during the Doins but Owen held the fort. JD Paterson must have been the Hangman. And that is a story of the King of Fun in June 2002.