Mark Twain; An Itinerant Humorist In the Hangman’s Yard

Mark Twain; An Itinerant Humorist In the Hangman’s Yard 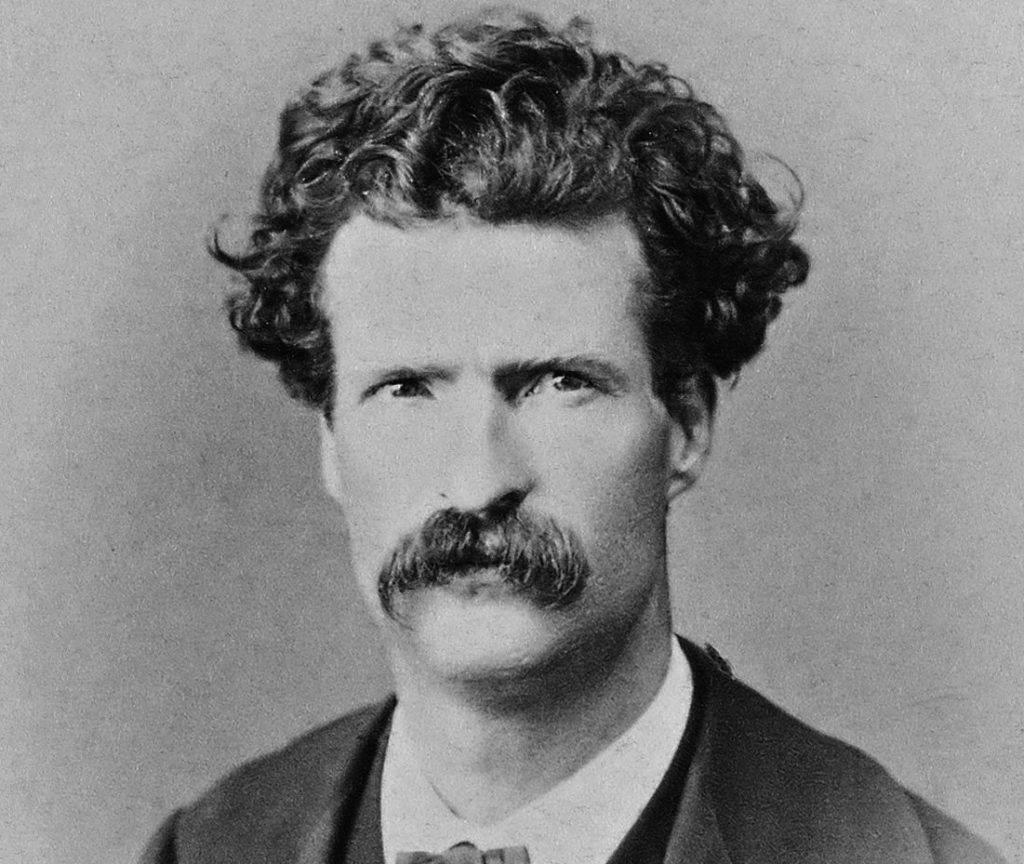 EXECUTIONS are so routine and shielded from wide public view nowadays that not many have noticed that, with three months still to go in 1999, this is already the death penalty’s biggest year in nearly half a century — 76 killers put to death in 18 states.
Back when hangings were a gruesome public spectacle, people paid more attention; they often turned out themselves to see the show — Mark Twain included. But alas, even his eyewitness account of a celebrated 1868 hanging in the mining town of Virginia City, Nev., has been all but overlooked since it was published in a Chicago newspaper more than a century ago.

It has now been rediscovered by Nevada’s state archivist, Guy Rocha, who was researching an obscure period of the early career of Samuel Clemens: the humorist’s second lecture tour through Nevada — only the first one turned up in ”Roughing It” — just after his trip to Europe and the Holy Land (which would yield ”The Innocents Abroad”).
Mr. Rocha knew that during this Nevada sojourn Twain, then 32, had written for a number of newspapers to augment his income. He found the articles stashed away in Twain archives at the Library of Congress and the University of California at Berkeley. Among them was a correspondent’s ”letter” to The Chicago Republican on a variety of topics, including his account of the hanging — which is rarely even mentioned in Twain biographies, much less quoted. ”As far as I know this letter, verbatim, has not been published in 131 years,” said Mr. Rocha.
He said the account sheds light on Twain’s later public opposition to capital punishment. It appears in the current issue of Nevada Magazine and is reprinted here with its original spellings and punctuation. Context: The hanging took place on April 24, 1868 with 4,000 people on hand. The condemned was John Melanie (or Millian), a Frenchman convicted of killing Julia Bulette, a prostitute. She would soon achieve dime-store novel status in Nevada as a fallen angel ”with a heart of gold.” (There’s not much evidence of this, though she did support the local fire department.) In his rambling article of May 30, Twain abruptly changes subjects to tell of the hanging under the heading:

But I am tired of talking about mines. I saw a man hanged the other day, John Melanie, of France. He was the first man ever hanged in this city (or country either), where the first twenty-six graves in the cemetery were those of men who died by shots and stabs.
I never had witnessed an execution before, and did not believe I could be present at this one without turning away my head at the last moment. But I did not know what fascina[tion] there was about the thing, then. I only went because I believed that if ever it would be possible to see a man hanged, and derive satisfaction from the spectacle, this was the time. For John Melanie was no common murderer — else he would have gone free. He was a heartless assassin. A year ago, he secreted himself under the house of a woman of the town who lived alone, and in the dead watches of the night, he entered her room, knocked her senseless with a billet of wood as she slept, and then strangled her with his fingers. He carried off all her money, her watches, and every article of her wearing apparel, and the next day, with quiet effrontery, put some crape on his arm and walked in her funeral procession.

Afterward he secreted himself under the bed of another woman of the town, and in the middle of the night was crawling out with a slung-shot [makeshift blackjack] in one hand and a butcher knife in the other, when the woman discovered him, alarmed the neighborhood with her screams, and he retreated from the house. Melanie sold dresses and jewelry here and there until some of the articles were identified as belonging to the murdered courtezan. He was arrested and then his later intended victim recognized him.
After he was tried and condemned to death, he tried to curse and swear at all who approached him, and he once grossly insulted some young Sisters of Charity who came to minister kindly to his wants. The morning of the execution, he joked with the barber, and told him not to cut his throat — he wanted the distinction of being hanged.
This is the man I wanted to see hung. I joined the appointed physicians, so that I might be admitted within the charmed circle and be close to Melanie. Now I never more shall be surprised at anything. That assassin got out of the close carriage, and the first thing his eye fell upon was that awful gallows towering above a great sea of human heads, out yonder on the hillside — and his cheek never blanched, and never a muscle quivered! He strode firmly away, and skipped gaily up to the steps of the gallows like a happy girl. He looked around upon the people, calmly; he examined the gallows with a critical eye, and with the pleased curiousity of a man who sees for the first time a wonder he has often heard of. He swallowed frequently, but there was no evidence of trepidation about him — and not the slightest stir of braggadocia whatever. He prayed with the priest, and then drew out an abusive manuscript and read from it in a clear, strong voice, without a quaver in it. It was a broad, thin sheet of paper, and he held it apart in front of him as he stood. If ever his hand trembled in even the slightest degree, it never quivered that paper. I watched him at that sickening moment when the sheriff was fitting the noose around his neck, and pushing the knot this way and that to get it nicely adjusted to the hollow under his ear — and if they had been measuring Melanie for a shirt, he could not have been more perfectly serene. I never saw anything like that before. My own suspense was almost unbearable — my blood was leaping through my veins, and my thoughts were crowding and trampling upon each other. Twenty moments to live — fifteen to live — ten to live — five — four — three — heaven and earth, how the time galloped! — and yet that man stood there unmoved though he knew that the sheriff was reaching deliberately for the drop while the black cap descended over his quiet face! — then down through the hole in the scaffold the strap-bound figure shot like a dart! — a dreadful shiver started at the shoulders, violently convulsed the whole body all the way down, and died away with a tense drawing of the toes downward, like a doubled fist — and all was over!
I saw it all. I took exact note of every detail, even to Melanie’s considerately helping to fix the leather strap that bound his legs together and his quiet removal of his slippers — and I never wish to see it again. I can see that stiff straight corpse hanging there yet, with its black pillow-cased head turned rigidly to one side, and the purple streaks creeping through the hands and driving the fleshy hue of life before them. Ugh!