Fannie Gore Hazlett – In the Span of One Lifetime

Fannie Gore Hazlett – In the Span of One Lifetime 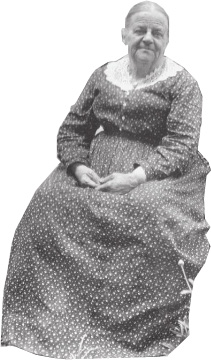 The following text will be etched onto a plaque and sometime in 2018 will be placed in the Eldorado Canyon pine nut wood ranch where Fannie Gore Hazlett lived during the Comstock era. –Metric

In 1862 Fannie Gore, age 24, a single woman, camped where the Dayton Depot now stands, on her way West. She traveled 16 weeks by mule team along the Emigrant Trail to reach her destination. She was joined in this camp by 30 miners and 200 local indigenous people (Paiute). She wrote about the experience, “This is mining country and the society is rough, with frequent shooting affrays. There is drinking and gambling at every door and there are about 20 men to one woman.”
In 1864 Fannie married Dr. John Clark Hazlett. She went on to write the Historical Sketch of Dayton, published in the 1921-22 Nevada Historical Society Papers. She supported women’s suffrage, and served as a postmaster in Dayton where she organized a library. She met Brigham Young and Mark Twain and socialized with many Nevada governors and legislators.
At age 84 Fannie Gore Hazlett made national news as the oldest woman to ever fly in an aeroplane. From a true pioneer to aeroplane passenger, Fannie lived to 95.